The Next Step of my Philippine Adventure As I continue on my Philippine adventure, I pause to ponder the view. Outside our bedroom window, on the third floor of this guest house, is a narrow ledge barely wide enough to accommodate the foot of a walker, heel to toe in front of the other. The […]

The Next Step of my Philippine Adventure

As I continue on my Philippine adventure, I pause to ponder the view. Outside our bedroom window, on the third floor of this guest house, is a narrow ledge barely wide enough to accommodate the foot of a walker, heel to toe in front of the other. The architect lined this pigeon ledge with a wrought iron railing doubtless for aesthetic purposes but it makes, apparently, an ideal location for the ladies of the villa to hang-dry their hand-washed panties, bras and bikini combos. We’re not certain what the pigeons think about this but Victoria’s Secret might well benefit from the ladies merchandising acumen. How the ladies access the alleged balcony, remains, to me, a mystery. It occurs though that there are worse views. I visualize the owners. All slim judging by the garment sizes. But then most Filipinas are – slim that is. I was in Robinson’s mall last night taking a rest on a bench as Daisy shopped for supplies. The scene was easy on the eyes. Beauty everywhere. A returning Daisy wanted to know what I was staring at so enthusiastically.

“Interesting design features in this mall,” I muttered.

But I jump ahead.

First the story of Cebu and the Dumaguete trail. We were not in the tourist area or in the downtown but somewhere off to the left. The Mandarin Hotel was pleasant even if staff did display a marked reluctance to furnish an additional supply of towels over the two provided. This dissonance was superseded by a gargantuan morning buffet the likes of which might normally only be witnessed if abroad in the American military. Being free of any fiduciary impact the breakfast room was indeed populated by a small army.

Where we had shivered in Hong Kong we now sweated in Cebu. But oh so pleasant to be warm again. There was much running around to do. Cebu is Daisy’s home town and she had errands to attend to, relatives to catch up with and a family gathering to organize. Dinner for 12 would be the location for Daisy to show off her catch. Surprising as it may be to some less gently disposed, I was a hit. Firstly it seemed I was seen to be way younger than they had been led to believe, at least in appearance, and secondly they understood me.

“Oh mama,” opined oldest son, “he speak so clear…I am understooding heeem.” Americans do not enjoy the same diction as I with my English accent, I gather.

Later Daisy whispered, “You are a heet. Mama and sister say I must take good care of…

“I can handle that,” I thought.

Filipinos are a self-effacing people, kind, gentle, affectionate and prone to burst into song on a whim. The everyday Filipinos, (as distinct from highly educated perhaps) are also amazingly shy in slightly awkward situations. And it was for them difficult trying to communicate in English knowing, as they did, very little of it. I tried to warm things up by specifically directing questions to individuals and caused much laughter as they smiled shyly, tried to understand and searched for words to respond, mostly directed in Bisaya at Daisy as interpreter in chief.

Tomorrow morning the two of us are off to the bus station, Dumaguete bound for more of my Philippine adventure 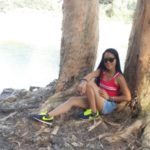 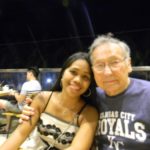 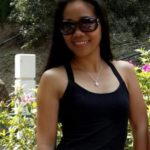