Right from day 1 when looking for a place to explore in Asia the two choices that immediately came to mind were either Philippines or Thailand. Initially my leanings were Thailand based on the visions I had in my head of beautiful exotic Asian women amid a lush tropical jungle paradise. These images were more […]

Right from day 1 when looking for a place to explore in Asia the two choices that immediately came to mind were either Philippines or Thailand. Initially my leanings were Thailand based on the visions I had in my head of beautiful exotic Asian women amid a lush tropical jungle paradise. These images were more plentiful because at that time over a decade ago, Thailand was already a popular destination for western men, and tourists so stories of its beauty and virtues abounded. The Philippines on the other hand was comparatively unknown. Though I, like most people had heard of the Philippines and had met many Filipinos who were working in Canada, finding westerners who had visited the Philippines for a vacation or to relocate as expats were scarce.

During that fateful first few months when I was trying to answer the question Philippines or Thailand, I joined several online dating sites dealing specifically with each country. I posted profiles and sat back not expecting a whole lot. Within hours though, the inbox of the Filipino dating sites filled up in an overwhelming fashion, with more interesting options than I could possible wade through, but in comparison the Thai websites yielded a handful. As expected the majority of Thai girls were physically beautiful, but what shocked me was that Filipino girls were just as much so. And there was 100 times more  Filipina women than Thai that were obviously interested in me. Undeterred by the overwhelming numbers of Filipinas, my mind was still set on Thailand based purely on the preconceived images of that country , and its women, that I had imprinted in my brain. This started to change though when I started actually trying to have online conversations with some of these women from their respective countries. I found that anything more than basic “hi, how are you” type correspondence with Thais were frustrating at best, and more often than not just plain impossible. On the other hand with the vast majority of Filipinas I responded to, communication was quite easy. Most had at least basic english communication skills and with many it was hard to tell that English was their second(or third) language. Actual meaningful conversation could be achieved with many Filipino women. This made me really sit back and examine my motives. Was I just looking for an exotic young beauty to wait on me hand and foot, especially in the bedroom, or was I actually looking for an exotic young beauty who I could have a meaningful and mutually satisfying relationship? It was not a difficult question to answer. Though I caroused around like the best of them when I was young, it just was not in my blood anymore. I had been fortunate enough in my younger years to have dated my fair share of beautiful women. In most of those “brief” relationships ya, sex was good and the pretty arm candy impressed my friends, but there was little lasting joy or contentment. Anything beyond a roll in the sack or showing off my pretty companion at a fancy restaurant or trendy night club, was more more “pain in the ass” than joy. It was clear to me that pursuing my Thai dream would be nothing more than a return to a time in my life that brought me little satisfaction. I then seriously started considering the Philippines as a viable option in my quest for not only a beauty that I was sexually attracted to, but that I could also have a meaningful relationship with. That quest was successful in the Philippines and now I live here with that beautiful girl in a relationship beyond anything I could ever imagine. Never had to find out if Philippines or Thailand is better, because I am now happily married, lol.

Now that I am well settled into this wonderful life with the Filiona woman of my dreams, she and I have decided to do some traveling. One of the first options that came to mind was Thailand and I must admit the thought of visiting the country I initially had dreams of  was interesting. I would not be honest if I did not admit that I was thoroughly curious about seeing what I may have missed out on.

Off we went to Thailand, the irony not lost on me that I would be visiting a country I had at one time explored as an option to find a women, with the Filipina woman who I ultimately fell in love with.

Philippines or Thailand – who wins?

The hospitality – No disrespect or insult to the Thai people, but in this regard the Filipinos win hands down. Though polite and respectful my experiences in Thailand did not match the instant feeling of welcome I felt when I first came to the Philippines

Language barriers – just as I first felt there would be, there is no illusion that I was in a 100% foreign country. There were language barriers consistently cropping up. Though this is something that I expect and accept when visiting any foreign land, It is not something that is an issue while on a short vacation, but I certainly could not see myself living here and facing this frustration as a daily way of life. again Philippines wins hands down.

Cleanliness – One of my biggest and most pleasanrt suprises in Thailand was how clean it was. Standing on a street, I had to look long and hard to find any litter, while back in the Philippines it is everywhere. Thai people, on the surface anyway, just seem to have more respect for their environment.

Customer service – Thai people win on this one by a huge margin. No matter how much I love the Philippines, the one thing that I have to bluntly admit is that Filipinos just have no concept of what customer service means. Far and wide across this country staff have little knowledge of the services they are providing, and really do not seem to care. Thais on the other hand seem totally opposite, and in just about every instance I can recall, there was a strong desire to be helpful to me as a customer and ensure that I walked out the door happy.

Organization and planning – Again the Thais win hands down in this catagory. Everything from roads to tourist attractions were well though out with some seeming intent to make the users experience an easy one. Here in the Philippines, there appears to be little forethought or attempt to “make things work”. A word that immediately comes to mind for the Philippines is “haphazard”.

Food – I am not a big culinary guy and like my food simple. Shirley though was in heaven as she just loved the many different spicy dishes she tried. Of course she is partial to the food she grew up with so would not commit as to wheter the food was better in the Philippines or Thailand

Women – I did save the best for last, and in this category, I was a little surprised. I truly expected to being blown away by the beauty of Thai women, but this just not happen. Ya there were some, but ironically the best looking women were not women at all, lol. In the Philippines beautiful women are literally on every street corner,,, and they are approachable. Though you might think I am prejudice (or sucking up just in case my wife reads this, lol) The most beautiful woman I saw in the Philippines was the Filipina woman I was with,,,,,

Better to visit Philippines or Thailand?

In conclusion I have to stress that my ability to compare Philippines or Thailand is limited. I have lived here in the Phillipines for close to three years and of course have been able to see it in a different light. Some times it is better than the country I thought it was when I was visiting as a tourist, and sometimes it is worst. I can say however that when I first came to the Philippines, I fell in love with it immediately. As for Thailand, my intitial impression was something along the lines of “its a nice place to visit, but I don;t see myself living here”.

I leave you with some photos of my recent trip to Thailand. 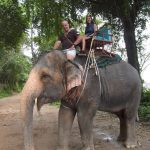 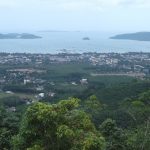 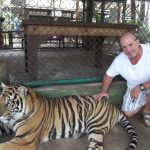 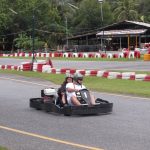 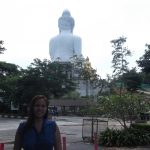 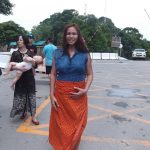 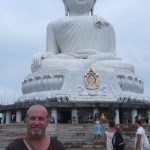 Getting Closer to Big Budha 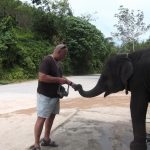 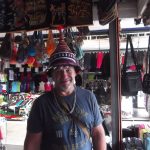 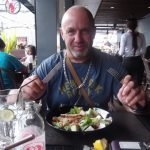 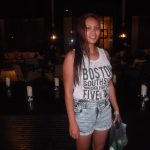 Shirley Taking it all in 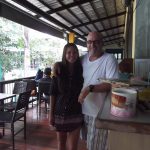 Working on our courage for the Tigers 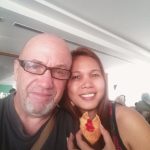 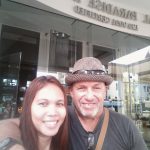 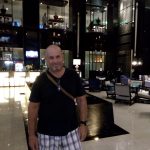 At the “Gay” Hotel 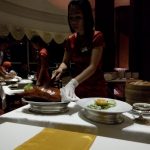 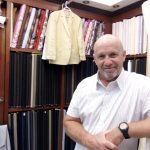 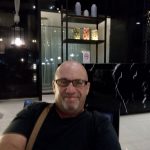