Having Kids as an Older Expat Should I, Should I not? Having kids as an older expat in the Philippines is something that just about all expats will have to think about. The reality is that most expats who have come to live in the Philippines will  end up with a wife or significant other […]

Having Kids as an Older Expat

Should I, Should I not? 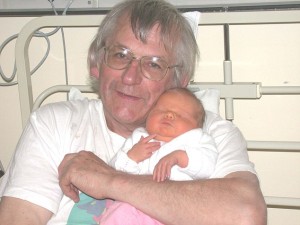 Having kids as an older expat in the Philippines is something that just about all expats will have to think about. The reality is that most expats who have come to live in the Philippines will  end up with a wife or significant other that is far younger than himself. Typically, the man will be in the 50+ age bracket and his partner will be smack dab in her child bearing age of 25 to 30 years old. Beyond the normal maternal instincts and yearnings any woman will experience, Filipinas are especially interested in having children as their whole culture is extremely family oriented. Simply put, I believe most Filipinas I have met will never feel fully whole unless they have a couple rug rats running around the house, who they can care for, nurture and mold into young adults.

On the other hand, most expats, myself included, are in the stage of their life where they have probably already had children whom they have raised and are fully grown and maybe have kids of their own. They have already lived through the diaper changes, all night crying sessions, teenage angst, soccer practices and financing of secondary school education. For them their were probably many highs and lows filled with joys, pride and maybe disappointments, but the most common thing all will attest to is that it took time and probably a fair amount of money. For us, the choice of having kids and going through all that again just as we may have figured we were going to get to slow down, relax and enjoy life, is a more complex issue that will involve much thought and soul searching.

What are the implications of having kids as an older expat?

The truth is, it will probably not be as bad as we thought when that first thought crept into our minds, skilfully placed there by our younger partners. Here in the Philippines, you might hear a lot of negativity concerning the “in laws” but when it comes to having kids, that negative quickly turns into a huge positive. In my case, I can say with certainty that there will always be plenty of family members around anxiously awaiting their turn to dote excessively on my wife’s and my kids. With a deeply caring mother-in law, 8 sisters and more aunts and cousins than I can name, I just do not envision that I will ever do much of the heavy lifting of child rearing . When all else fails, there will be a YaYa to make the meals, change the diapers and all the less attractive chores, and at only a few dollars a day? What will be left for me to do? Probably only the fun stuff, affection,  moral or spiritual guidance and help with education. All which I would enjoy and find rewarding.

The next question becomes financial. Can I afford children and the costs of their basic necessities, health care and education? Basic necessities are cheap to the point of being almost laughable and if I cannot find the extra 1000 or so pesos a week that it would cost I would be extremely surprised. The costs of health care though are a concern. Growing up and living in Canada, access to proper health care was never an issue that crossed my mind as I was fortunate enough to have been born in a country where the state funded system meant a finacial burden had to be addressed in times of illness. Here of course, that safety net is non existent, and though I was willing to take the risk of being unable to get proper medical attention should I personally need it, I will not in any way take that risk with any kids I may end up having. I do now have a private medical insurance policy myself, and if or when needed, I will not hesitate to add family coverage to my policy for the additional 1,500 to 2,000 per month I believe it will cost. Education is of course another cost to be considered and again compared to the west it is relatively inexpensive. Initially while the kids are in their elementary school years it will cost approximately 20,000 pesos per year which will climb to 60,000 to 80,0000 pesos per year for University or college. My personal outlook also is that come college age, my kids would be expected to get a job and contribute to their education in order to learn the important lesson in life that they should not expect to be handed everything on a silver platter, so hopefully that would also cut down on some of the expense. In summary, and I stress these are just my own rough calculations, I figure have a kid will cost less than 15,000 pesos per month (approximately 325 USD). At this stage in my life that is something I feel I would not have an issue affording, and when I have my doubts I just look at the many Filipino families around me that accomplish this on much, much less.

One other thing that comes to mind  when thinking about having kids as an older Expat, is the social implications. In the west, I like most people have been conditioned to believe that I will take a certain path through life. The course of that journey has changed a little over the past few decades but the expectations are basically that I would go to school, get a job/career, get married, have kids, get divorced, get married again, get divorced again(?), then toil in a job/career that I don’t really like with a resentment and hopelessness at how meaningless life has become. Lol, ok, I admit that when I was young, the vision was different on the last stops of the journey and I believed after marriage, I would watch my kids grow up, save for my retirement then spend the last few decades of my life sitting on the porch with my sweetheart watching the sun set without any concerns. But if you are even reading this article, I am willing to bet your dream, like mine started to look a whole lot more like the first scenario. Well, at some point I decided that the path I was heading down was not acceptable and not what I wanted or deserved so I made a radical move and decided to do something about it. Friends and family thought I was #$$% nuts and irresponsible, but I have to say that it has turned out well. I Imagine those same people would now see me having kids in my 50’s as @#$% nuts as well, but putting it bluntly, I do not care. I learned many years ago that it was useless to live a life according to what other people thought was right and just follow my own moral compass. If I think it is right to have kids now, then I will do it and do it as well as I can. As long as I like the guy looking at me in the mirror in the morning, that is good enough for me, and if other people do not like me or what I do, well,, no worries.

However I have to understand there will also be social implications, good and bad, for the kids. On the negative side, I of course will be in my sixties while my kids are in their teens and may just kick the bucket before they are even out of school. How this might affect them I am not quite sure, but deep down I know that life is a crap shoot and maybe I will live to a 100, or maybe I will get hit by a jeepney tomorrow. Hell , maybe my kid will get hit by the jeepney and I will end up outliving them by a decade or two. The point is none of us know when our time will be up or that of those around us. It is something we have very little, if any, control over so is it not best just not to worry about it? the second thing I have been considering is what it will be like for my kids as the product of a mixed marriage? It might sound foolish, but the reality is that growing up in school and with friends, my kids would probably look and think differently than their peers. I think that in some societies this might be a negative, but here in the Philippines Filipinos seem to find that people with lighter skin and a longer nose are more attractive. Maybe this will mean they are more popular and do not have to go through some of the trials, tribulations and insecurities that I went through as a non-member of the “in crowd” which took me a few hard years to come to terms with. How this might mold them into young adults is again something that I cannot predict.

What are the Implications of NOT having kids as an older expat?

lololol,, hmmm. It might just be easier to say “good luck with avoiding that”, but maybe I should explain further.

Truthfully, yes their are Filipinas out there that will be fine with not having kids, but in my experience they are in the definite minority. My belief is that if you don’t want to have kids, then do not get into a serious relationship with a Filipina. Play the field, have some fun but be honest about it and try not to hurt anybody by leading them on. However, if you decide to settle down with one, expect this issue to come up because it can almost be garanteed that it will. One little secret that my wife let me in on is that during the courtship stage in a relationship with a Filipina, you will be the boss and she will defer to you and your decisions, but as soon as you are married ( which most Filipinas expect will come out of a serious relationship), the dynamics change dramatically. The Philippines is a Matriarchal culture and society and the women are very strong and independent (might want to read stubborn into that comment, lol). Once married , they expect to be the boss of the household, and if they want kids, get ready for some immense pressure coming to bear on you. If that happens, maybe keep an open mind because in my opinion, I think that I might just be getting the deal of the century. The chance to enjoy all the benefits and joys of parenthood, while probably avoiding a lot of the hard work that goes along with it!

I imagine this article will generate many responses from all spectrums, so just remember that what I say here is simply my opinion based on my own experiences SO FAR. Yours might be different, as may mine a few years farther down this path.

Another interesting article on this subject