My Philippines romance and adventure begins

A  Blog by Anthony R. Edwards

My Philippines romance and adventure begins officially with a Vancouver departure, on time at 2:30pm, January 31st . This Cathay Pacific flight made it safely to Hong Kong if a little late due to Headwinds.  I watched flight progress on my TV screen map, as we tracked the planet. It was fascinating to gaze down on Beringia the former land bridge with Russia and I was reminded of the Korean Air disaster when we flew parallel to Russia’s Kamchatka peninsula. I hoped fervently that our plane’s captain was being careful. We crossed land again in the Sendai region of Japan with Tokyo somewhere off to our port. Near as I could tell we remained over Japan until Kumamoto passed under our left wing before traversing the East China Sea. We soon cleared Taiwan and over the South China Sea commenced our descent into Hong Kong. This would be my first venture into South East Asia.

I had been courting Daisy, a delightful Filipina, for five months via Skype. We talked three times a day, for up to three hours every day. I’d called her from Vancouver airport so she knew I was finally on my way. Skype is a wonderful facility for getting to know someone but this was to be our first actual live meeting with all the excitement that brings.

Landing in Hong Kong 14 ½ hours since take-off was a pleasant relief. Immigration was as easy as it comes and there was Daisy jumping up and down in excitement accompanied by best friend Miranda. Big hugs all round. Soon Miranda handed over care of Daisy to me and left us to it.

We took a cab to the iClub Fortress hotel. Our room was cold with air blasting through the ‘A/C’ unit so I asked reception, how to adjust it. Not A/C they said, that is outside air temperature!  It was unreasonably cool in Hong Kong, this tropical city, a city geared for A/C not heating. So we suffered the chill, something not true of the Canada I had left behind. Happily, the hotel staff brought us a space heater.

Next day was cold, blowing a keen wind and raining. We just snuggled up indoors. That evening we took a street car to Central in search of a restaurant. The restaurants were cold too.  We would see what looked like a warm and cozy bistro to dive into for a meal and warm up, except it was almost as cold inside as out. That would all change when we land in Cebu – I hope. Next day our Chinese taxi driver taking us to the airport assured us that Hong Kong had never been so cold in living memory. At least that’s what I think he said –wasn’t always certain!

Adios for now and salamat, but stayed tuned for more of my Philippines Romance and Adventure 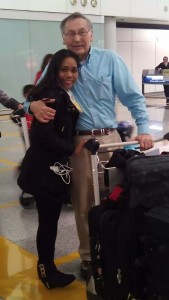 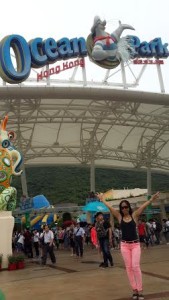 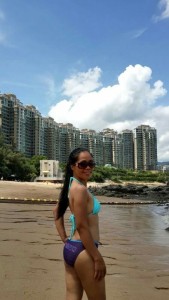