It’s hot and sultry here in Dumaguete City. I wipe my brow in the comforting shade of Mango trees. I ruminate on my new-found information. In 1901 the Silliman University of the Unites States established its first, SE Asia, overseas elementary school for boys. It grew over the years to become a university much renowned […]

It’s hot and sultry here in Dumaguete City. I wipe my brow in the comforting shade of Mango trees. I ruminate on my new-found information. In 1901 the Silliman University of the Unites States established its first, SE Asia, overseas elementary school for boys. It grew over the years to become a university much renowned in the Philippines. In 1976 a teaching hospital was opened and now thrives as perhaps the best outside of Manila or Cebu. Concurrent to the elementary school opening, but apropos of nothing, the German scientist, Max Plank, who had yet to make a name for himself, was proposing the uncertainty principal and a theory which was to become known as quantum theory. What’s that got to do with anything?

I don’t know, just thoughts running wild – you know how it is. Coincidence of dates perhaps? Anyway, now well established, Silliman is the most respected of its kind in the region. I regard its colonial administrative buildings partly hidden behind a high, compound wall opposite the Moon Café where Daisy and I are lunching on our newly acquired favorite – Chimichangas. Only ₱97.00

It’s our third time at the Moon, probably because we could not resist their flavorful and moreish lunch. The Moon likes to promote itself as serving “Mexican inspired food.” Together with a beer the repast, including the beer, costs all of US$2.75 each. It was confirmation that it may well be financially advantageous to live in the Philippines. Even in the evenings our outlay for dinner for two rarely exceeds US$5.00 a head. I could get used to this. But wait, let us not jump too quickly. Meals are one thing, how about accommodation?

The ‘designer,’ furnished apartment we signed up for is costing us, US$383/month and that includes unrestricted access to the swimming pool, (Thankfully no lifeguard hours and control freak ‘rules for use’ signs presiding,) our water usage, cable TV with all stations made available and WiFi. Seems to me not a bad deal. On top of that we buy propane to power our kitchen burners and of course the ineluctable electricity.

I first noticed in Cebu, and the same applies in Dumaguete City, the very highest levels of service in most stores; by which I mean warm bodies whose purpose it is to help. To walk around a department store, or large supermarket is to see lovely young women (Mandated all to be under age 30) dolled to the nines, (they must surely spend all their income on clothes and make-up) or handsome young men waiting to help in the event of a raised eyebrow. There may be a five-yard gap between one assistant and the next one. They are omni-present and truly must be bored as they sometimes hang in clusters talking quietly to each other.

We went to the Dumaguete City Hypermart today to purchase kitchen utensils. If an object that comes in a box is selected, one of those dolls will venture by, tentatively, and, if given the nod, open the box, un-pack and remove the item, test if it works i.e. with electricity or run water through it if plumbing is involved then, upon satisfying the customer that all is well, accomplished with a beaming smile, re-pack it as it was and portage it to check-out. At checkout smaller boxes, such as an iron that had not been opened on the floor, will be opened by the check-out teller, the item pulled out and inspected – then scanned because the price sticker is on the item in the box, not the box itself and, having satisfied you, re-pack the item. (Saves on returns I suppose.) When Daisy was hanging around the displays of various kinds of kitchen implements, she had three male assistants trying to help. No, they weren’t all chatting her up, they were, I feel sure, looking for something to do. At each checkout, and every one of them was manned, there were usually three clerks. One rings up, another bags and the third supervises – or something. Amazingly good, no pressure, service. No long lines at check-out, even with the clerk having to unpack and repack boxes in some cases. The poor souls are probably grossly under paid of course but at least they have a job.

My bones were rattling and my back had known better days when we rumbled in our pedi-cab over the newly minted, decidedly unsmooth, concrete road that led to Dauin (pronounced Darwin) and Eldorado. We didn’t find much gold but rather a resort that had evolved by that name where we could walk the beach, sample the waves and purchase a light lunch. The entrance fee, (most beaches here are private) of ₱300/ea counted towards our lunch. (See photo. Daisy has to photograph absolutely everything.) After we ate and drank our selection we were faced with a shortfall of $1 owed. The cost of living these days is iniquitous!

A warm wind from off-shore rustled the palm fronds. Daisy braved the 18” waves while I kept to a paddle for now. It’s been 59 years since my regular salt water forays and my years have changed. So, for now the pool will reacquaint me with being submerged and we will proceed from there. At 76F this water is as cold as I prefer to handle. It will be less challenging in the summer.

Will the first person to visit us in the Dumaguete City, please bring a few newly minted US$ bills to exchange for some older ones. If a bill has even the slightest nick in it no banks will accept them here. The bills will pass in everyday use in North America but here they have to be pristine for acceptance and changing into pesos. Sigh!

Bye for now from Dumaguete City 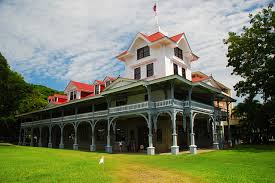 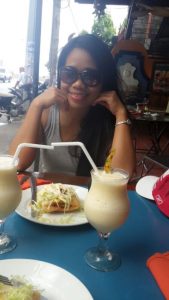 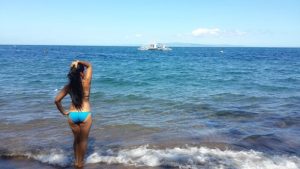 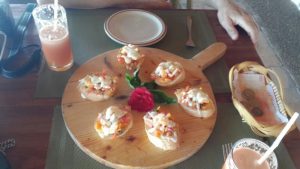 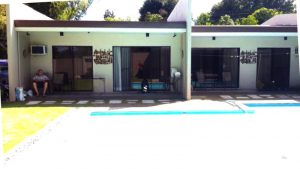 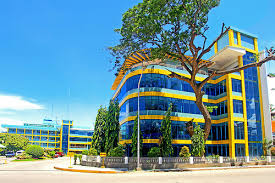