Those Awesome Remote Tropical Islands of The Philippines A Nice Place to Visit, but maybe not a great place to live? I believe most people who have moved to the Philippines are like me and probably visited here a few times before deciding to settle here permanently. Myself, I vacationed in the Philippines  numerous times […]

Those Awesome Remote Tropical Islands of The Philippines

A Nice Place to Visit, but maybe not a great place to live?

I believe most people who have moved to the Philippines are like me and probably visited here a few times before deciding to settle here permanently. Myself, I vacationed in the Philippines  numerous times and usually ended up on a small remote tropical paradise called Carabao Island, a short boat trip from world famous Boracay. The water was clean and and clear, the people simple and friendly and the lifestyle as laid back as one could imagine. For me it truly was the paradise I had always dreamed of. For several weeks a year I would get away from the stressors of the modern life far away from ringing cellphones and endless emails. the biggest decision I had to make most days was what time I would wade out into those aquamarine waters and explore the numerous coral reefs at my doorstep. Life was good and I figured that what I had in that small little postcard picture perfect locale was all I would ever need or want. 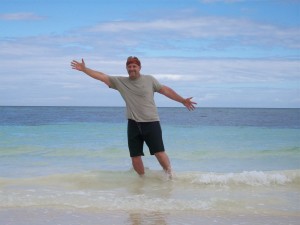 When I finally made the decision to relocate permanently to the Philippines there was not much doubt in my mind that Carabao Island was the place I was going to laze away the rest of my days. However, I soon found out that though this tiny island was a great place to visit, living there was a different story.

It soon became apparent that I could not just forego most of the modern amenities that I had grown accustomed to. Electricity for only 10 hours a day got old real quick. Access to anything resembling adequate medical care was non existent without a 45 minute boat ride and another hour and a half by land. Small health issues were not worth the time and effort and major emergencies would become critical before I or my loved ones could reach a proper hospital. Though I enjoyed trying out interesting new Filipino food dishes, after a month or so I found I had constant dreams of a good western meal but those could not be sated without a two hour round trip boat ride to Boracay, where everything was overpriced anyway. The simplest online tasks such as responding to emails or catching up with friends on Facebook were exercises in frustration due to unstable and weak broadband signals. One other big problem I faced was that there was I could count the number of westerners I could speak to on the fingers of one hand. as much as I enjoyed Filipino culture, without people of my own culture around, I felt totally isolated and alone.

In short order, paradise became not only boring but very frustrating. In a twist of fate though, certain developments in mine and my wife’s life came together and I soon found myself living in her home town of Dumaguete City. At first I was not overly thrilled because on the surface it appeared no different than any mid sized city and the accompanying urban lifestyle and challenges that I had moved to the Philippines to get away from. however after several months here I ended up loving it and have no desire to leave. 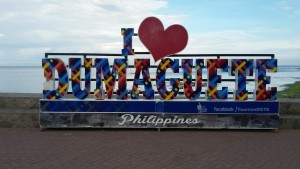 With several good hospitals, numerous universities, a modern shopping mall, some decent restaurants(including Macdonalds, lol) and plenty of other westerners who understood both my language and culture, it quickly felt like home. I then started to do a little exploring around the surrounding area of Negros Oriental and found that a short drive in any direction of under 30 minutes would take me to some of those amazing tropical paradises that lured me to the Philippines in the first place. To make matters even better, a half to one day trip from Dumaguete City could bring me to dozens of those remote island paradises that I found on Carabao.

In the end, I have come to the conclusion that though remote tropical paradises are cool to visit, they are difficult to live in for extended lengths of time. For me, Dumaguete City provides a good middle ground where I can find all the modern amenities that I realize I cannot do without, yet being close enough to the awesome natural beauty that was responsible for my  love affair with the Philippines in the first place. 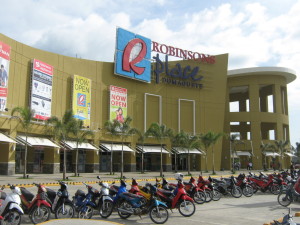