Creepy Crawly Pests Not the place to be if you are Squeamish about Pests Having grown up and lived most of my life in Canada, where the cold harsh climate half the year keeps most manner of small pests in check, I have had to adapt to a different reality now that I live in […]

Not the place to be if you are Squeamish about Pests

Having grown up and lived most of my life in Canada, where the cold harsh climate half the year keeps most manner of small pests in check, I have had to adapt to a different reality now that I live in the Philippines. Bugs and small pests rule here and everyday it is a constant battle to reclaim our living spaces from unwanted intruders. Personally, though I am not enamored with them, I am not squeamish but to those people who cower in fright at these small pests, The Philippines just might give you a lot of stress.

My biggest issue is with ants. They are everywhere! Leave any food crumbs anywhere and very soon you have an army of these little industrial insects swarming. There are many different varieties of ants and while most black ants are harmless some have a voracious appetite for wood and if left unchecked will destroy any wood structure. Red ants on the otherhand pack a nasting little bite. The best way to control ants is regular spraying and simply to keep things sanitary 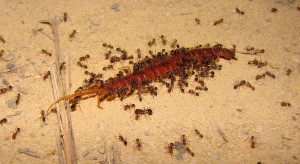 Cockroaches seem to be the next biggest problem. Back home, if you were to see a cockroach in the house, all measure great and small would be implemented to ensure they were eradicated, however here there just is no point. If a cockroach were found in an eating establishment, the health inspector would quickly shut it down until the situation remedied. Here in the Philippines though cockroaches are in every restaurant, home, office and even casually scurrying across the street from storm drain to storm drain. There is just no way to get rid of them so they are an accepted part of everyday life. If you decide to spend any time in the Philippines, keep a good pair of hard soled shoes handy to smack them dead. Again the best way to keep them somewhat in check is to simply keep your living spaces as sanitary as possible. 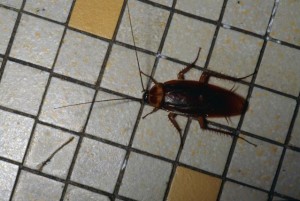 Spiders are probably my least favorite insects. I would like to pretend I am this big tough fearless alpha male, but truth be told they scare me, lol. Here in The Philippines  my Arachnophobia is alive and well with more scary looking species of spiders than I ever dreamed existed. Big, small, hairy, leggy, they are here and though they are in most cases harmless and actually provide a service by eating other insects, personally I do not like sharing my space with them. 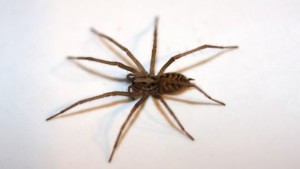 Moving on to the bigger pests, the next one that you will see on a daily basis is lizards. Most are of the small variety which you will constantly see crawling along your walls and ceilings but there are bigger ones as well. They too are harmless but can sometimes surprise the crap out of me. In general, I just do not mind lizards. They do their thing chasing down insects and I just ignore them. 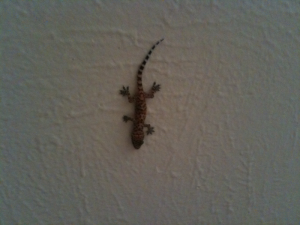 Then there are the mice. They are dirty little creatures that spread diseases and bacteria. They will chew through food containers nibble away and leave their droppings. They don’t scare me but best to not have them around due to the issues of sanitation. I have tried numerous traps which have worked with varying degrees of success, but my solution has been a cat. since I have had one, he has taken delight in chasing down these pesky creatures and ridding them from my life for the most part. 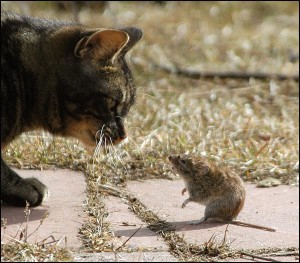 And I have left the biggest baddest ones for last. The RATS!!!. I spent the last decade before I came to the Philippines in Alberta, Canada. A province proudly rat free. the last time some one reported seeing a rat there was a huge investigation and it was a major news story. Now that I live in the Philippines, all I can do is laugh at that. Here the rats are a part of daily life. Up until I moved here, I could have counted the number of rats I had seen on the fingers of one hand but now I see that many every week, and some are monsters!!! They can be dangerous not just pesky so my course of action has been to get in the exterminator whenever I suspect they are getting comfortable in my home. 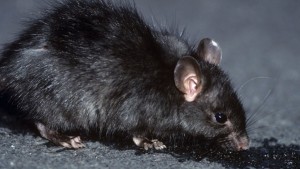 So, its a new world for me here in the Philippines and one in which I face pest problems. With most of them it will be a constant war, and one that I have no hope of winning. The best I can ever hope for is to stay somewhat ahead of the problem.

A more complete outline of the pests you will face in the Philippines – http://www.rentokil.com.ph/pest-guides/common-pest-problems/alphabetical-list-of-pests/