Financial Insecurity in the Philippines

Paradise Turns Quickly to Hell When An Expat is Broke 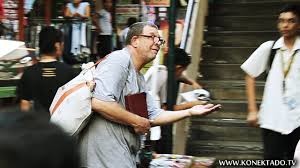 Financial insecurity in the Philippines is a subject that I know all too well of personally since I moved here for good. Like many Expats who have come to these beautiful shores, I thought I had it all figured out and would live the good life for many years to come. My plan was to start a business here (how hard could that be?), and spend half the year in these tropical climes building it while spending the nice summer months of Canada piling up cash reserves overseeing my business there. It was a great plan that fell apart very quickly. Not only did my business here in the Philippines fail miserably, but while away from Canada, the business I had hoped to provide a stable income of western dollars was run into the ground by the the people tasked to manage it responsibly.

Left broke in a country where there is no safety net and few people who could help out even if they cared, it was a scary time.

I was one of the real rare fortunate ones who was able to start from nothing and build a profitable business here, but my situation opened my eyes to the constant reminder of others who are in similar position. Financial insecurity in the Philippines is a major source of worry and stress for many expats in this country. Not a week goes by where I do not hear some tale of woe.

There are people who like me sunk the major chunk of their savings into a venture that failed. Others had a stash of cash and a supplemental pension who have squandered their reserves on a lifestyle beyond their means or simply given in to the relentless requests from their in laws and now have to get by on their pension with no room for unforseen expenses or simply a few luxuries. Some never had the cash reserves and planned to live get by on that pension, but have found it just not go as far as they expected. Other still, decided to play the stock market and everytime the stock market crashes they have spent long hours at night awake staring at the ceiling wondering if their dreams were to come crashing down.

No matter the reason, the one common thread most of us have experienced is that we have found our dream but might very well lose that dream due to financial problems. 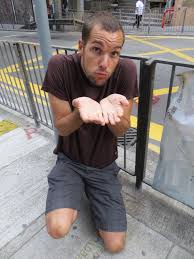 So what do we do when we are facing financial insecurity in the Philippines?

Can I set up my own Business and Avoid Financial Insecurity in the Philippines?

As I said earlier, my own personal answer was to try this route, but that is probably a bad choice for many. To start a business here ( or anywhere for that matter) involves extremely long hours and hard work, some business skills and a whole lot of just pure luck. I am fortunate that I am still at an age where I have the energy to put in the hours and have ran businesses all my life so at least had the basics that I could control. I was also graced with some of the luck required. Another benefit I enjoyed was the psychological comfort of knowing that if worse came to worse I was able to return to Canada young and skilled enough to get a good job, the dream of a life in the Philippines still alive, just delayed. Others do not necessarily have that same option, and should they run out of money here would be forced to return back to their home country with little chance of returning in a better financial position sometime in the future. Their options are limited, but should someone have the ability to put in the long hours and have some business skills, it is doable as long as you do it right.

Can you Get a Job in the Philippines?

For most, this is just a plain non-starter. Wages are so low that it probably would make little difference to your standard of living. Added to that are difficulties in getting a work permit for anything that a Filipino could do. The Philippines is pretty protective of its labor force and they will not usually give a foreigner a work permit if it means you will be taking a job opportunity away from a Filipino. This option is only really feasible to those people that have a particular skill set which is in high demand and that demand cannot be met by Filipinos. Usually those job opportunities are with large corporations doing business overseas which means they are getting paid in foreign currencies and can afford to pay you a real attractive wage that will go a long way in this country where cost of living is comparatively cheaper.

Can I Augment my Income with Online Employment to Avoid Financial Insecurity in the Philippines?

This is probably the best choice for many. Most expats here are older and have a wealth of experience and knowledge in a specific field. With an aging population back in the west, there is a demand for that knowledge and experience and a lot of companies would gladly pay you for it. For them, having you operate from a “virtual” office at a wage far below what they would pay a salaried employee WITHOUT all the the overhead expenses that come with it is a viable and attractive arrangement. I can attest to a perfect example of this. I have been in the construction business all my life and am proficient at quantity surveying and estimating. In today’s digital world, most of that estimating is done off digital pdf plans. For me it was a simple sell to my construction company contacts back home to send those plans to me via the internet and a few days later I would send them back a complete construction estimate for a sum so small that it no longer made sense for them to hire a full time employee. They might pay me 500-1000 dollars a month, free and clear while they would have to pay a full time employee 4 times that, then add on the extra costs of extra office space, computer etc. For an hour or two a day working remotely for 2-3 companies I can make an amount of money that goes a long way in the Philippines, but cost the company back in Canada peanuts. Outsourcing on a small scale I guess you could call it. This is just my own example based on my skill set, but if you are creative, I am sure most of you could figure out a way to use your own skill sets and the convenience of the internet to earn a pretty decent income.

Can I start a Blog Website about The Philippines and make Money?

This is very difficult to do. One common but false belief is that it is easy to monetize such a website. The reality is that the use of paid advertisements like banner ads and Google Adwords has lost its appeal to the advertisers. Recent studies by internet professionals that have strongly suggested that this is form of advertising is ineffective. (Some links to guide your research http://digiday.com/publishers/banners-are-the-worst-advertising/ and http://www.tintup.com/blog/better-than-banner-ads-smart-ways-spend-ad-dollars-2015-muriel-macdonald/ ) . The further problem, even if people still wanted to pay for this type of advertisements, is that for ads to be clicked on, earning you money, your site has to be seen. This is extremely dificult, time consuming and also takes a lot of technical knowledge about such things as web design and Search Engine Optimisation (SEO). There is no shortcuts anymore to get good rankings on search engine results. The only way is to provide continuous relevant and interesting content and that take a pile of time. I myself tried to monetize a website and failed miserably at it. Some time back I agreed to take over an information website but despite my best efforts, close to 100,000 pesos and a pile of time spent, failed to make any money back. As part of the agreement to take over the website, I was to split the profits with the previous owner. His belief was that the the website should have been making 10,000 USD a month from banner ads and affiliate marketing which I now know is absolutely impossible. I have since turned that site back over to him chuckling at his insistence that there is mega-money to be made, knowing what I do now. A website however can be used to sell a product or service, though again I believe this takes a pile of work. Two people I know of in the Philippines who have had some success at this I think are Henry “Reekay” Velez and “Mindanao” Bob. They both provide Expats or people thinking of a move to the Philippines with invaluable information from first hand experience. Henry offers a personal consulting service ( http://lifebeyondthesea.com/facetime-with-reekay/ ) which he charges a reasonable fee for, and Bob has authored a series of informative “how to” type books ( http://mindanaobob.com/ or http://www.livinginthephilippines.com/ ) which he sells online. I have no idea of what these guys make but I believe it is not all about the money and does involve enjoying the hard work they do bringing to the market a product or service that is worth paying for. My personal feeling is that though these guys may have been decently successful at this, anyone else wanting to jump in now will probably find that there is not much room left in the market to be successful. This will probably not be the best way to avoid financial insecurity in the Philippines.

Proper Planning and Fiscal Responsibility is the Best way to avoid Financial Insecurity in the Philippines!

The best way to avoid financial insecurity in the Philippines is to plan properly and stick to your plan. Of course the first step to planning is to get information and in this day and age of the internet, that is not difficult. I have mentioned two resources above which are well worth the small amount of money they cost, and then there are endless other resources online which are free. there is just no excuses anymore for not being properly informed. The second but equally important step is to stick to that plan. One of the easiest traps that most of the men who come here fall into is trying to impress a girl and her family by spending money on them they you really cannot afford to part with. It may seem that the chunk of change you got in reserve will last forever, but believe me it goes fast if not managed properly.

You just do not want to be facing financial insecurity in the Philippines, after all, you came here to find your own personal paradise and money woes will definitely sidetrack you from that path.

ps,,, I do not receive any kickback from either Reekay or Mindanao Bob, just respect what they have done and how they do it.